Adding laundry sink next to washer, can I share the drain and vent?

Hello, i want to install a vanity sink unit from Costco to the left of our washer and dryer. These photos were taken pre-drywall but the home is finished and inhabited now so the less cutting into drywall the better.

Can I tap the utility sink's drain into the vertical pipe, either below or above the washer horizontal pipe? And then, can I just feed the sink with a couple Y connectors off the washer hot/cold spigots? Any tips about ensuring proper venting, draining, etc is much appreciated. Thank you! 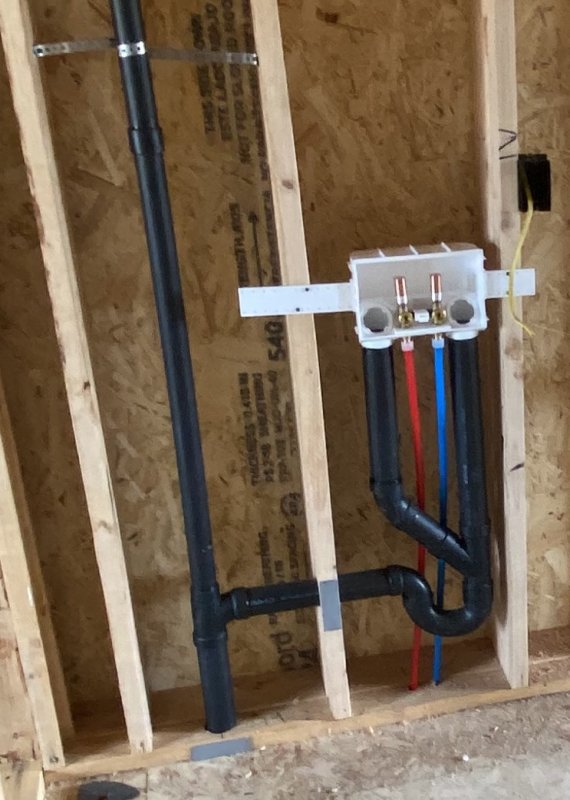 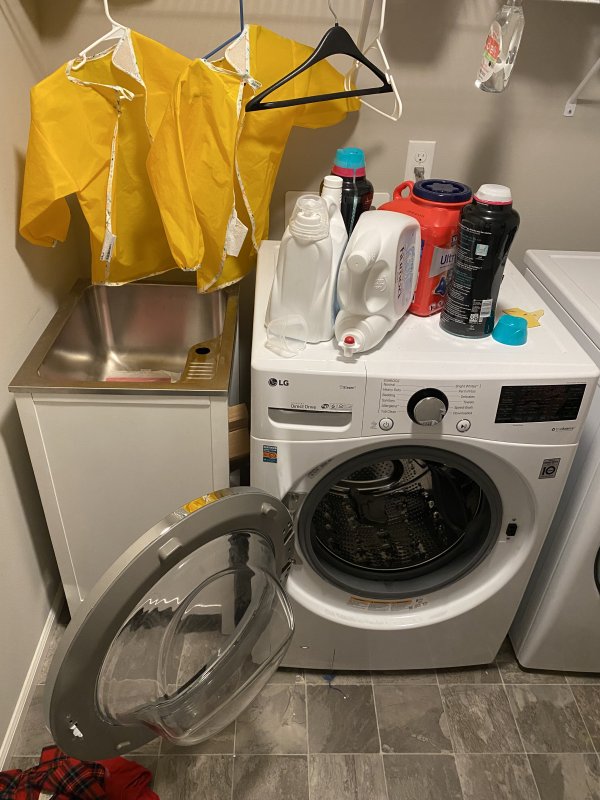 Here's exactly what I need help figuring out:

1. Should I feed the sink drain ABOVE or BELOW the horizontal washer drain?
2. Do I need to cut into the horizontal pipe and add a cheater vent parallel to the main vent so both the washer and sink can vent independent of each other?
3. Do I need to worry about distances/heights/slopes with something this close together? 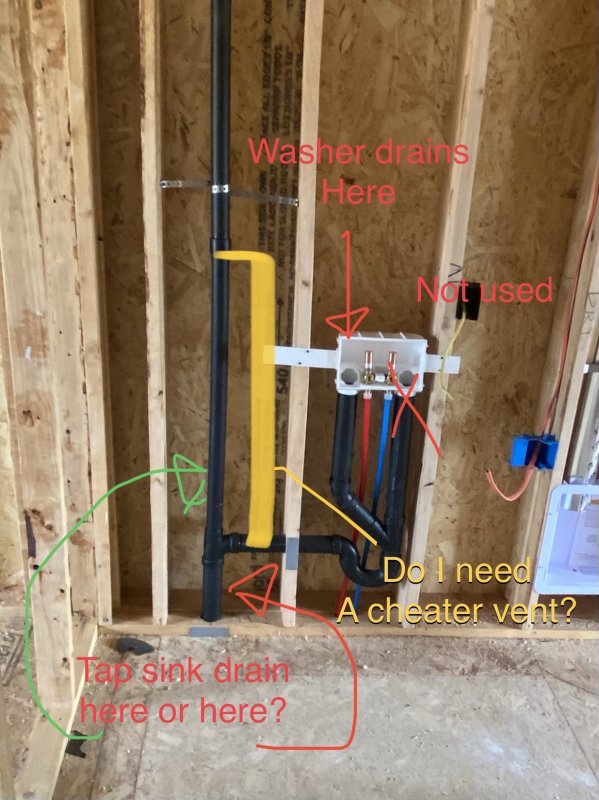 You can add a tee above the santee and remembering to add the vent for the washer arm too.
Normally the lower santee would be 2" and the upper one 2x1.5x1.5" to pass the inspection. 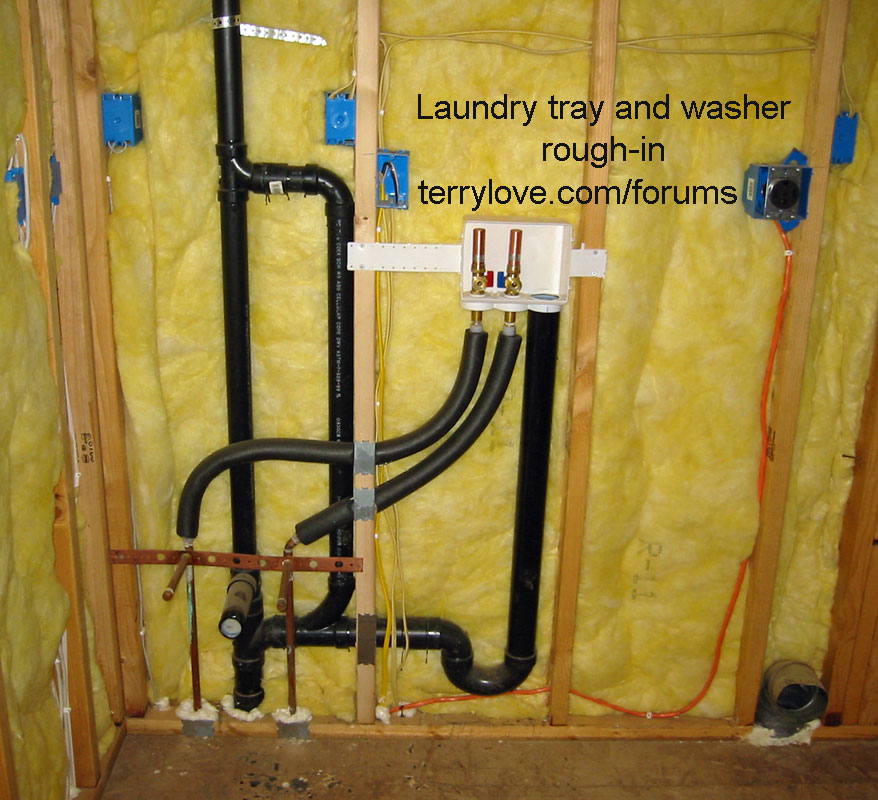 If you want to have two san-tees on your stack, they can be in either order if each san-tee is vented separately (which means a horizontal vent takeoff on the lower trap arm; the upper trap arm is vented by its san-tee). But the pipe between the san-tees needs to be 2", because a laundry sink needs a 2" drain under the UPC, even though it is allowed a 1.5" trap arm.

So for that arrangement, you'll need to replace the current san-tee with a 2" san-tee, extend the 2" pipe up to a 2x1.5x1.5 san-tee for the laundry sink, and add the yellow vent connection shown in the OP on the existing trap arm (which connects back to the existing vent at a height at least 6" above the standpipe and the laundry sink flood rim).

If you want to disturb less of what's existing, you could cut a 2" wye in below the existing san-tee, where the red arrow points. Then the yellow vent is not required. But a wye like that is not suitable for venting a trap arm, plus it's too low for a sink. So you'd have a new separate parallel vertical pipe with a 2x1.5x1.5 san-tee for the laundry sink, and its vent would tie back into the existing vent (see above for height requirement), with its drain going to the wye. I don't think that's actually any easier to do, though.

Cheers, Wayne
You must log in or register to reply here.