I am looking to replace a tub/shower combo that was likely installed ~15-20 years ago. The Drain is on one side and the faucet/shower head on the opposite end. My guess is that they did this for two reasons:
1. They wanted to avoid the water feed on the right due to it being above an unheated entryway AND it being next to an outside wall
2. The drain needed to be on the right to access the main drain stack (which is on the left side, but has a heat duct between the stack and would be drain location on the left.

I am toying with many ideas including:

1. Shower/faucet/drain on left: Buy an AFR tub and route the drain pipe under the tub to the existing drain on the right side - I don't know if this is legal to route it directly under the tub above the floor, but a layer of floor has been added since the tub install where I could gain another 3/4" as well as what the AFR gains.
OR
Demo and see if drain can easily be run to the existing stack - this would require demo of the ceiling below, or existing tile floor

2. All on the right: Run pex of the existing water feed to the opposite wall in the tub cavity resulting in the drain and faucet/shower all on the right.

Does anyone have suggestions? I have attached a picture of existing as well a sketch of the under tub drain line. 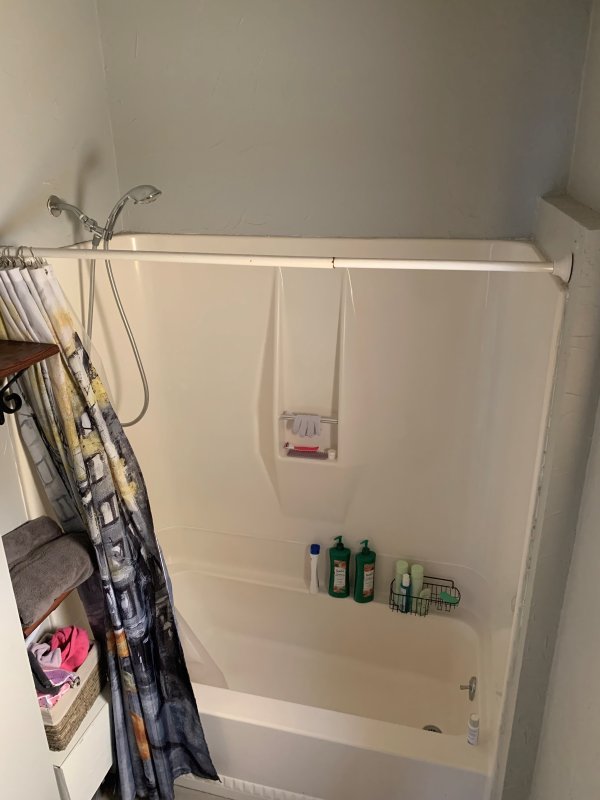 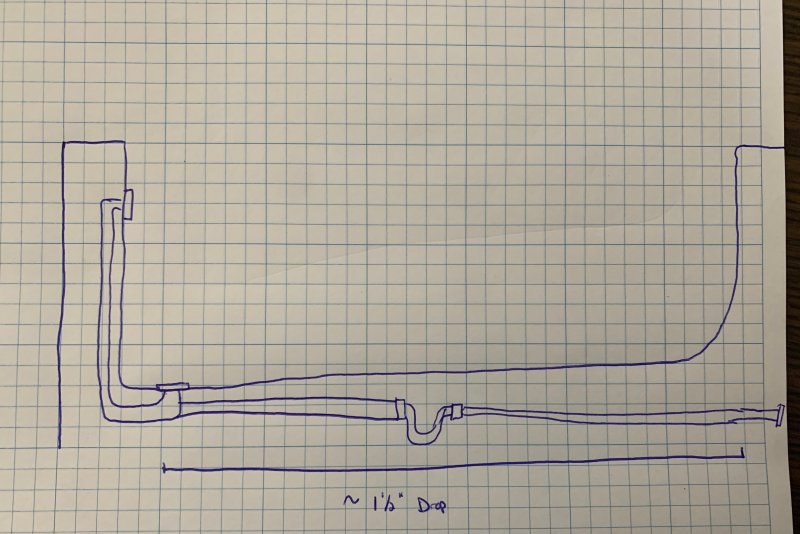 I should also note that the right and back wall are exterior walls that are insulated. Note on the right that a small sub wall was built to fill in the gap for the 60" tub, which allows for plenty of insulation in the right wall area.

I think I would opt for moving the water / valve over to the side where the drain is. As you mention, there is plenty of insulation. And its easy to simply surface mount the water lines behind a tub below the nailing flange and up the wall.
You must log in or register to reply here.

A
Recommendation for shower plumbing

Thursday at 7:01 PM
Awestruck
A

Basement shower instead of roughed in tub

Tub not sitting completely on stringer