Anyone familiar with Weathermatic valves?

Okay I am going to help keep this thread alive. In 2006, I had an 11 valve system put in using WM valves and a Hunter C Pro controller. The last 7 years I have replaced selenoid after selenoid after selenoid. At the same time as that installation, I had two additional WM valves put on an existing 6 valve Rainbird system. I have never had any problems with the existing Rainbird vavles or the two new WM valves on the Rainbird system.

I read this post from beginning until the end because I am troubleshooting and open valve. The common theme I saw was that the Hunter C Pro with WM valves had more problems than having a WM Controller or in my case a Rainbird controller.
I was considering changing out each valve but perhaps the controller may be a better route. I do believe I need the updated selenoids as well though since I have been using the generic ones from Lowes. Thoughts anyone?

the WM valves aren't an issue at present - the bad M24E solenoids have all died and been replaced by the new round solenoids, and the valves keep on working

I can help make this thread last another year. We have 12 Weathermatic valves in our vineyard and 36 in our landscape irrigation that were installed in 1985. The landscape units are all still going strong with their original M24E solenoids. Some of the 12 vineyard units were starting to get weak in April of this year and wouldn't always activate the station and so we replaced all of them recently with the new S20P. Obviously our experience has been the opposite of the others on this thread. We swear by Weathermatic valves. 29 years is pretty good. The others avlves, Hunter, Toro, etc. are so mickey mouse in how to run them manually. However we do use Hunter PGP heads in the lawns which also have been bullet proof, if the lawn mower blade keeps it's distance All our controllers are Irritrol, the old MC-12s, and those 29 year old rascals are still going strong too. Tom

Great website for very obscure information for us DIY.
I also had to replace multiple solenoids for no apparent reason and also replaced 3 controllers blown up by lightning strikes. That problem was fixed by using a controller that has provision for direct ground.
My Weathermatic solenoids failed as did Toro. I just measured a batch of new, unused Weathermatic S20P solenoids and all four had steady resistance at 36 ohms (36.0, 36.2, 36.2 and 36.1) . A Weathermatic S20P solenoid that was a problem had a resistance of 67 ohms and was fluctuating.
Older series of WM solenoids M24E had resistance of 35.2 and 35.0 ohms.
Fluke 73 multimeter

Cool forum. I will contribute my two cents to keeping the thread alive (if a bit off topic):

In the mid-1990s, I stumbled across the bleeder lines while gardening. The diaphragm valves were hidden at various locations around the yard without the benefit of a valve box. I replaced the secondary gate valves with small brass industrial solenoid valves, and wired the solenoids to a Rainbird controller powered by a 24VAC wall wart.

The system ran great until this year (2018) when the coupler between one of the bleeder lines and its corresponding Weathermatic diaphragm valve developed a hairline crack. (See fine stream of water coming out of the black coupler in the attached photo.) The result was that the diaphragm valve would not reliably turn off. The leaking water also eventually resulted in a wet spot in the yard. The wet spot allowed me to find the long hidden diaphragm valve.

My circa 1948 Weathermatic diaphragm valve looks similar to the current Weathermatic Brass Bullet 8200 CR Series valves, but with a bleeder line coming off the valve where modern solenoids would now be attached. Amazing that the valve itself still works after almost 70 years.

Anyone know where to get a replacement coupler for that workhorse?

I guess my alternative is to let it dry out, put JB Weld on the coupler and bleeder line, re-bury the valve, and use it for a few more years (or decades). Hate to tear up the landscaping ... 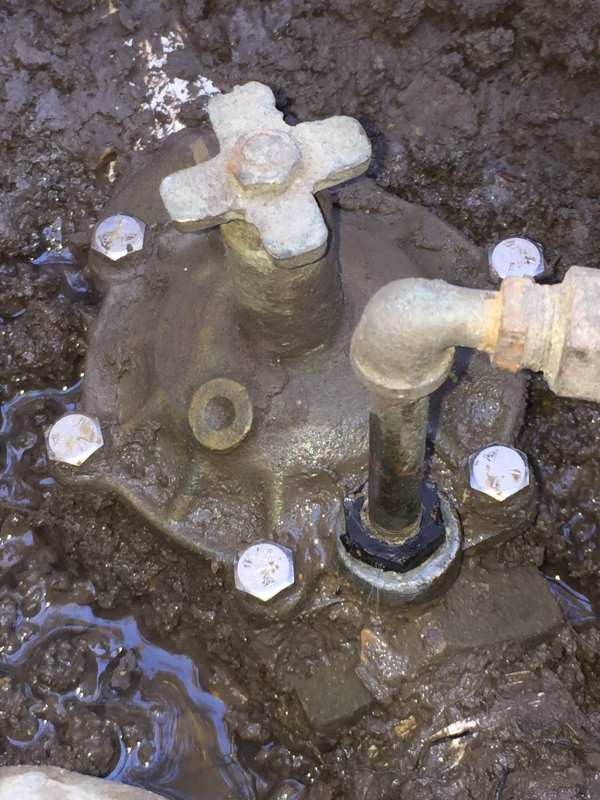 FYI: I have temporarily "fixed" my circa 1948 brass Weathermatic diaphragm valve with JB Weld epoxy. See black area in photo where the coupler and bleeder line meet. Hope it will hold for a few more years (or decades). Still amazed how durable the old brass Weathermatic valves were. 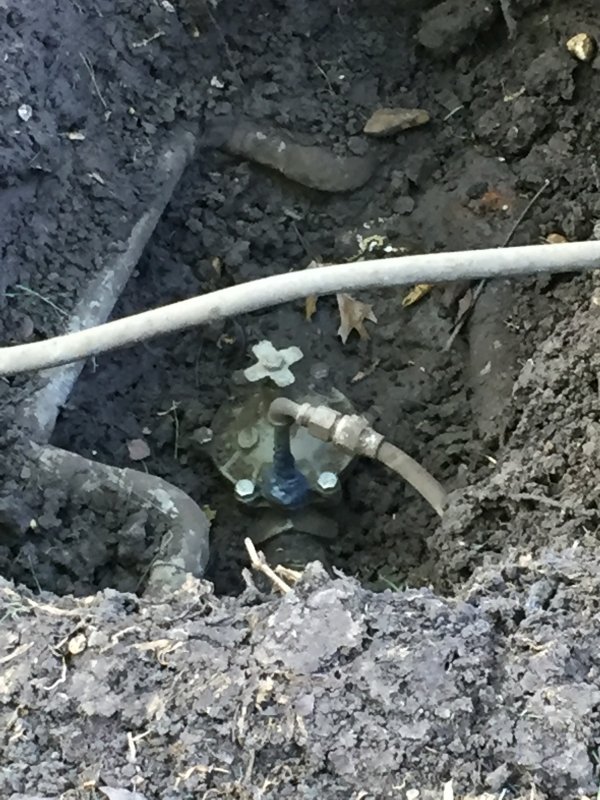 Have to cycle valves to get good/consistent pressure (MV setup)