I had a acrylic shower installed in my bathroom. The house is on a slab. No access under shower. A couple of weeks after the shower was done, it developed a leak. I believe it's leaking between the shower pan an the no caulk drain assembly. I was hoping the rubber pipe gasket needed to be tightened. I grabbed a screwdriver to pop off the drain cover and the whole no caulk barrel came up. I used a borescope to look and found no sign of the locking ring. It looks like it wasn't put on. This totally confuses me because I saw the ring being put on. At any rate I need to figure out how to fix this. Is there any way to do this repair without removing the base which would require removing the door, the walls, etc.? Removing the base would require buying another shower kit.

They do make a drain called WingTite that can be installed from the top. 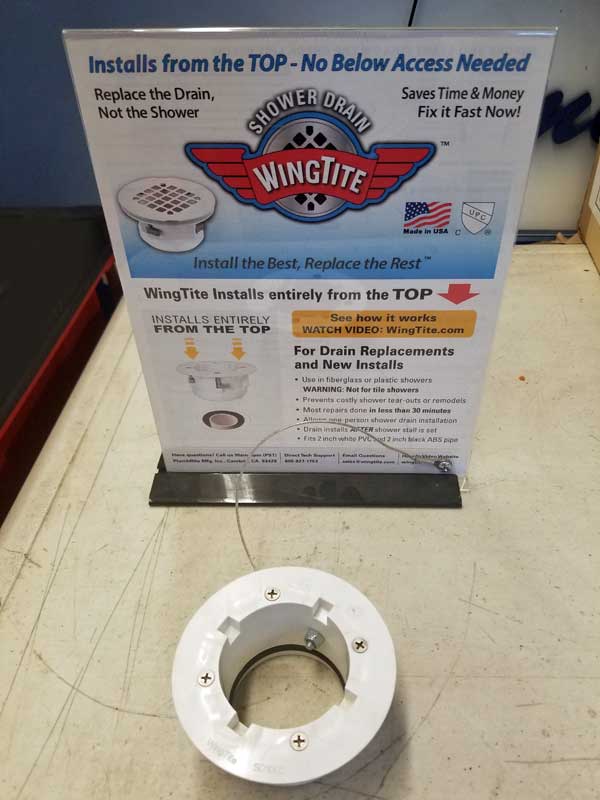 Shower Drain installed with no gasket or locking nut

In over my head. Simple caulkess shower install