If The contractor is doing a kitchen remodel and there's no walls opened up. Me as the plumber come in to hook up the drain and water connections and realize there's a drum trap but obviously not visible vent do I need to open walls or is the drum trap good enough? 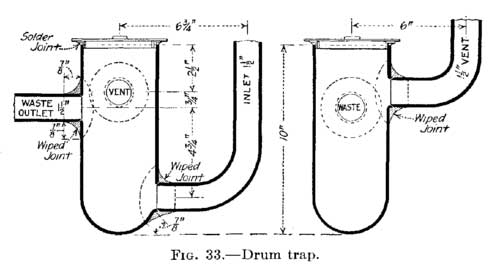 I've never seen or heard of a drum trap being used in a kitchen. I've only seen them being used for a tub which is a floor mounted fixture and why a drum trap was used to make cleaning the trap accessible at the floor... and there is a good reason why we don't use them anymore, they get gunked up quickly, which would be a good enough reason not to use them in a kitchen.. Grease would build up almost instantly.

Kitchen sinks should have traps under the sink inside of a cabinet typically and that trap would need a vent take off at that trap elevation. The drum trap would have a vent so I would imagine it would be accessible. Sinks also are required to have a 2" drain and most drum traps were 1.5", so that drain would also be undersized.

Drum traps don't need to be vented; they are so big in diameter, they will not support a siphon. However they are not permitted for new work by codes.

They are not snakeable. The new way is to make traps self-cleaning. 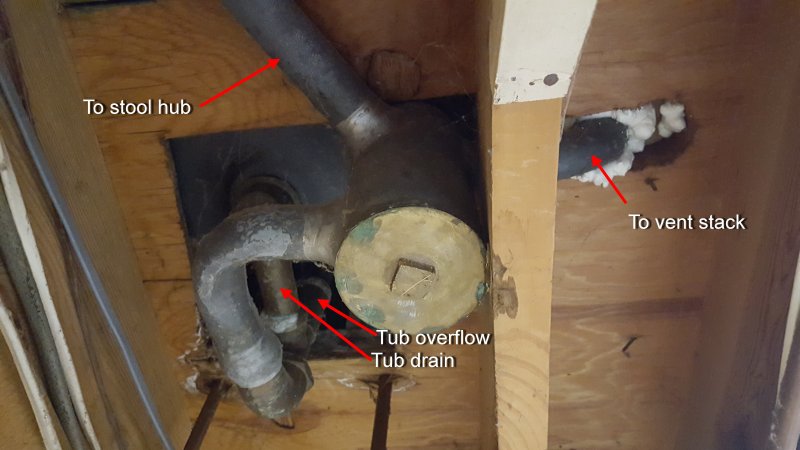 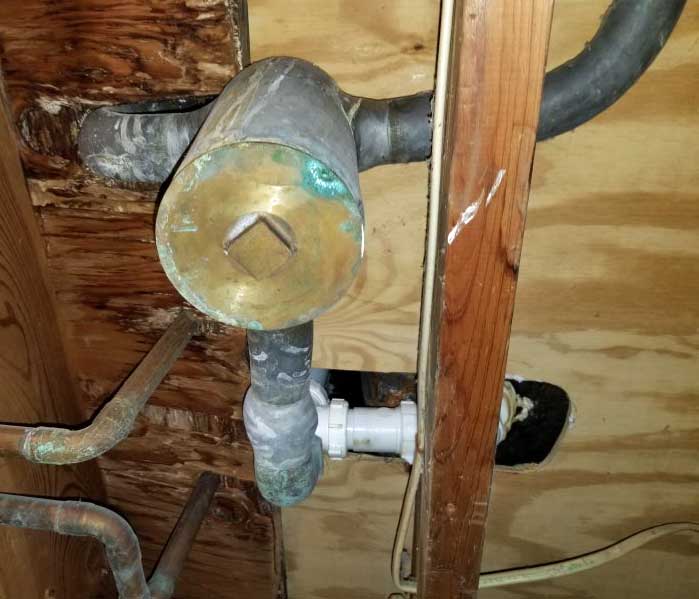 Coming this late in the game I would use an AAV. But the plumber should have been in mix from the start.

John Gayewski said:
Coming this late in the game I would use an aav. But the plumber should have been in mix from the start.
Click to expand...

Right?! People mix up the Framer with Contractor all the time. But the General Contractor is responsible for coordinating all the other trades on a project to make sure the project is done in the correct order and that everyone knows what they're supposed to do and how they will be doing it. The GC can be a hired person/company or the homeowner.. but that person is not necessarily the framer. Framers are not by default Contractors just because they cut big pieces of wood into small pieces of wood.

Plastic or iron to terra cotta

How many ways could I screw up in 10 feet of plumbing? Toilet doesn't flush... but...