How to change profile email?

Normally this is easy but my dilemma is that the one I have listed is gone forever and can not be accessed. I have found on several sites that they want to send a verification to the email on file and if this is the case it won't work. Can I change my email here if the one listed in my profile is defunct?

I am hoping this is the right place to post this. I figured it was because I saw a few other web site related posts.
Thanks 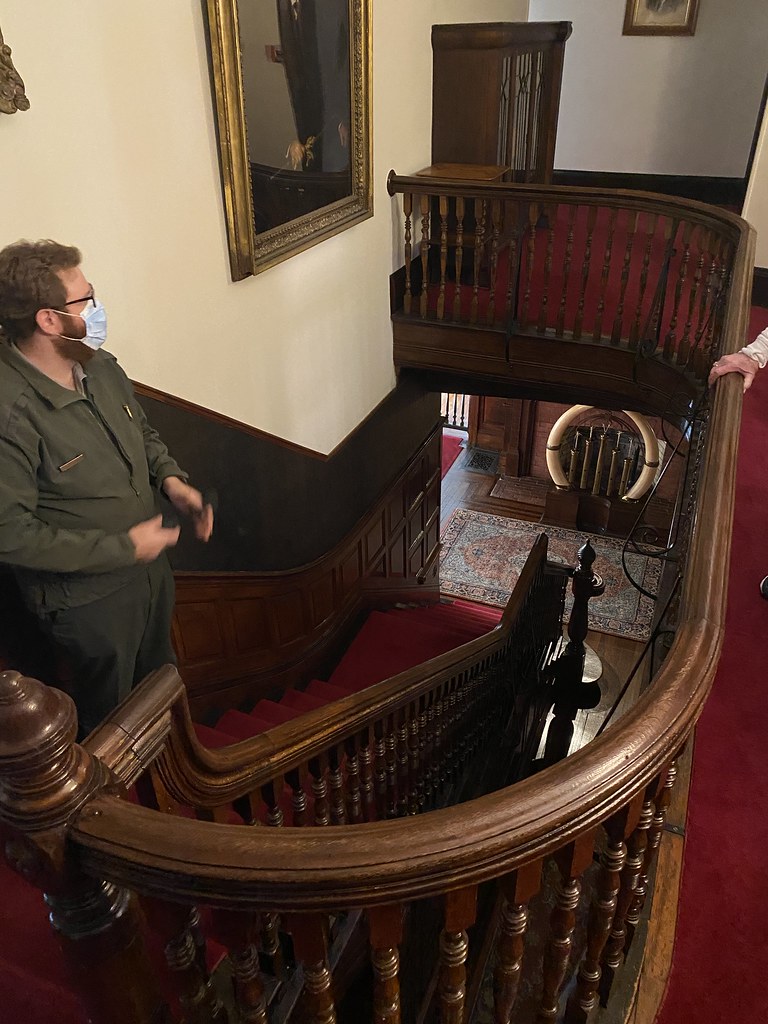 This week the wife and I was visiting family on Long Island, NY. We toured Sagamore Hill National Historic Site (President Theodore Roosevelt Home) in Oyster Bay. I was there 61 years ago as a 12 year old on a school field trip. It is an awesome place to visit to see how the man and his family lived. For its day it had the most modern indoor plumbing. I'm not sure if it was added during final construction in 1885 or added later, but it is all exposed. During construction hiding plumbing in walls was probably not a practice then.

All of the pictures I took on the Flickr site. Two bathrooms were viewable and the main kitchen. The gas water heater in the kitchen is something else. The Park Ranger stated that a liquid gas was stored in a tank, some pellets were added in that tank to help form a gas vapor and someone had to pump the tank to provide pressure. The shower bathroom has a device on the shower pipe. Not sure what it is. I'm sure Sylvan would know. The sites water was a well powered by the windmill that pumped the water uphill to the home.
You must log in or register to reply here.

After Sales Service from Pentair

How many ways could I screw up in 10 feet of plumbing? Toilet doesn't flush... but...