I bought this house 4 years ago. Over the past couple of months, I'm starting to notice intermittent sewer gas smell in the upstairs bathroom. It's very faint, but if I turn on the shower, it gets stronger for a period, then eventually dissipates. I think also if I flush the toilet repeatedly it eventually dissipates, but I'm not sure (hard to tell because there's the residual odor from my flushed deposit, too).

Nothing is backing up anywhere, and I haven't noticed any gurgling.

There are lots of things that strike me as possibilities, so I guess I'd like suggestions as to where to start.
- The house has a steep gambrel roof, with a gable dormer over the stacked bathrooms, so getting up on the roof to run anything down the vent (camera, for example) is not going to be done by me -- I would have to hire someone.
- The house has an unconditioned addition on the back, and the cleanouts for the sewer (one behind the downstairs bathroom, and one behind the kitchen) are in the addition. That room has a beautiful tile floor and lots of wood bookcases and still not unpacked carboard boxes of books in it, so I'm not really looking forward to opening up a cleanout in there...
- The bathtub is in shitty condition and needs to be replaced -- the sellers had recoated it, but the coating has broken down, and I think it is likely there is water damage beneath the tub. There was also a roof leak at some point in the past, but I had the roof replaced in 2019.
- There have been subterranean termites in the downstairs bathroom walls; they've been locally treated with Termidor foam, but it's unknown how much of the structure they've infested
- It's possible that the caulk on the side of the toilet closest to the bathtub has opened up. It could just be dirt, though, I'm not the greatest hosuekeeper. I haven't noticed any rocking of the toilet or anything.
- I think the flooring is laminate, with a fake tile pattern, so if there is water damage under there, the underside of the flooring could be affected, as well.

I'm thinking this fall or next year is when I'm going to have to redo that bathroom down to the studs and joists and check the condition of the plumbing as well as the wood, but short of that, what can I do myself to sleuth out the smell?

Have you had to use a plunger on the toilet?

Is there a floor drain?

You can separate areas with cheap plastic dropcloths. Drape one over the tub. One over the lavatory, etc. Then sniff to see which side of the plastic the smell is coming from. 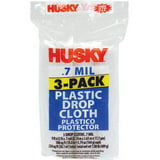 When a smell comes out as you shower, I suspect a belly in a pipe that allows pressure to somehow build up. This kind of thing is hard to find.

Reach4 said:
Have you had to use a plunger on the toilet?

Is there a floor drain?

You can separate areas with cheap plastic dropcloths. Drape one over the tub. One over the lavatory, etc. Then sniff to see which side of the plastic the smell is coming from.

When a smell comes out as you shower, I suspect a belly in a pipe that allows pressure to somehow build up. This kind of thing is hard to find.
Click to expand...

No, we haven't had to use the plunger. I think once in the past month or two, after a heavy load with lots of TP, I used a bowl brush to break up the TP and it flushed on its own. I can count on one hand the number of times we've had to plunge (with plunger or with bowl brush) in the 4 years we've been here.

There is no floor drain.

The two bathrooms are literally stacked one on top of the other, identical fixture layout. Downstairs bath has an exhaust fan that I think just blows into the floor joists above, but it wasn't on at any time today.

What do you mean by a "belly" in the pipe?

A belly is a low area in a drainpipe where the pipe slope goes uphill for a space. And in the smell case, the pipe has enough standing water to block air flow. When my toilet gets a partial clog and needs flushed twice, or plunged, on the second flush my shower trap will siphon. This will let a sewer gas smell in unless I refill the shower trap. My shower trap arm is too long (upc) and my toilet is the most upstream. Those two things are the only non code compliant items. It's enough to cause what I describe. I didn't think it was enough to change when I was working on my house, it's just something I'm aware of and refill the trap every once and awhile.
Last edited: Jun 18, 2022
You must log in or register to reply here.